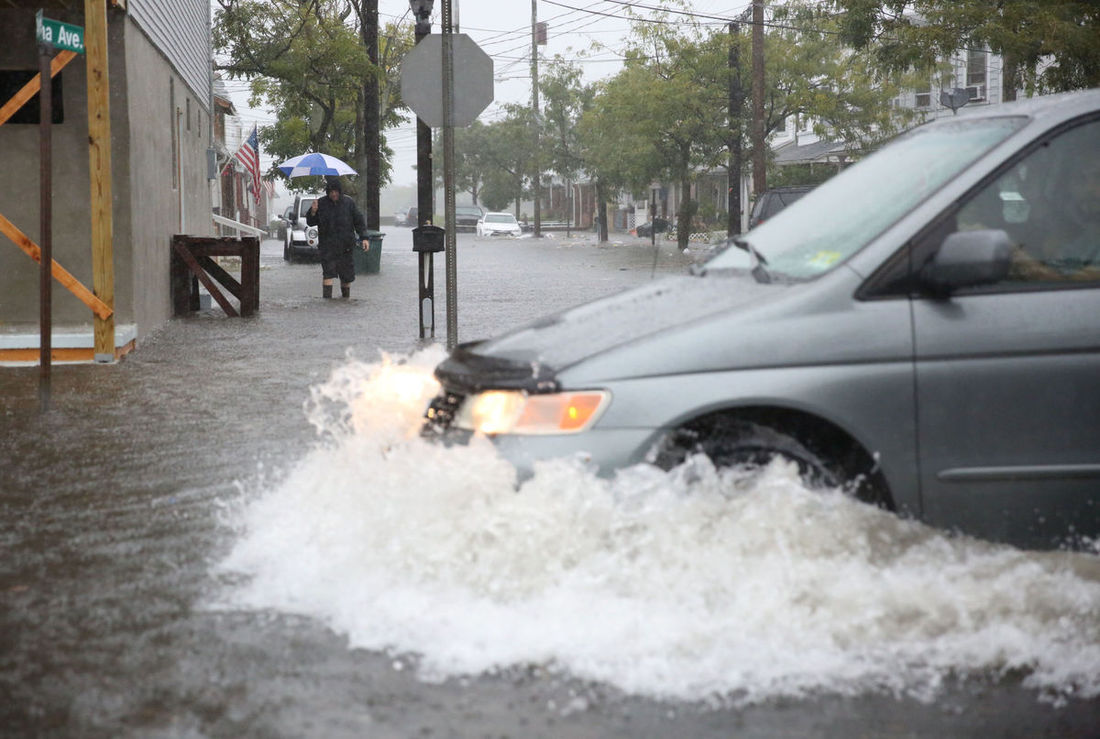 ATLANTIC CITY — It’s been five years since Hurricane Sandy, but local officials and environmental advocates haven’t stopped discussing the storm and its consequences.

At a climate change and energy town hall Saturday, local experts drew attention to environmental equity and how to prevent communities from falling through the cracks.

The afternoon forum addressed concepts such as climate change, flood prevention and ways to mitigate storm repercussions in the area — and it all drew back to Atlantic City.

Carol Ruffu, president of the Chelsea Neighborhood Association who came to the forum to discuss the fight to prevent the Municipal Utilities Authority from being privatized, said construction was completed last month on her Chelsea Heights home that was damaged during Sandy.

“I know the frustrations that are out there,” she said.

And several Jersey Shore residents are still waiting to get back into their homes after the storm, said Priscilla Robinson, an organizer with the New Jersey Organizing Project.

This forum was really to “ensure that we’re prepared for the next storm,” she said, adding people have had trouble moving back in, health and financial consequences from the damage, and frustrations with recovery aid.

“People have depleted everything just trying to rebuild their homes,” she said.

Roy Jones, executive director of the National Institute for Healthy Human Spaces, discussed how Atlantic City and the region surrounding it must protect itself from future storms.

“Even when there’s no storm, there’s flooding,” he said.

Jones cited the prevalence of flooding in Atlantic City as an example, and brought up potential solutions to overflowing bays and storm damage prevention. He cited sea level rise and a lack of storm barriers around parts of South Jersey coastal islands.

With the right push for funding, he said, communities can properly raise roads, bridges and homes and flood-proof homes and businesses.

“Unless we do something today, Atlantic City could basically become a river,” he said.

The forum also addressed environmental equity around the state with keynote speaker Nicky Sheats, director of the Center for the Urban Environment at Thomas Edison State University.

He spoke on environmental justice and the need to protect all neighborhoods from pollution. He showed the relationships between pollution and minority communities, and pollution and poverty.
​
“If you live in New Jersey, the amount of pollution in your neighborhood is connected to race and income: the amount in your pocket, and the color of your skin,” he said.