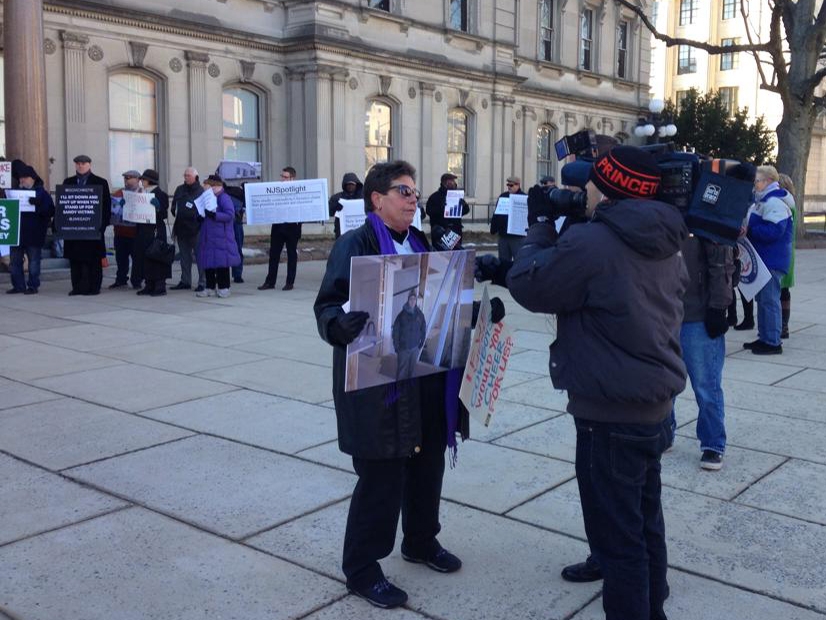 Lisa Stevens, also a member of the New Jersey Organizing Project, has owned her home in Little Egg Harbor’s Mystic Island since 2002.  Ten months before Sandy hit, she retired from a career of service to the state at the Division of Youth and Family Services.  When she bought her house she was told ‘it never flooded’.  During Superstorm Sandy, Lisa had about two feet of water in her house.  It took weeks for both the full impact of the destruction to set in, and for Lisa and her neighbors to salvage what they could, and begin to clean up the rest.   After a fight with insurance, she was able to reach a settlement.  She invested nearly all of that settlement in getting her home livable again.

When the RREM program came out, Lisa applied.  Her application got lost, and she was initially told there was no record of her application.  She had evidence that she applied and was able to appeal.  In a move characteristic of the confusion of the RREM program, Lisa received a letter denying her appeal the same day she received a letter accepting her in the program. She initially chose pathway C – where the state’s contractors handle all aspects of the program – to avoid the hassles, complications and potential fraud she’d faced trying to rebuild her home.

Initial estimates came in at $368,000 (the RREM grant covers a maximum of $150,000) to completely rebuild and raise.  Deciding to only raise her house, estimates came it at $173,000, then another quote came in at $263,000 just to lift the house.  Lisa was told she would need to pay out of pocket $90,000 and to just take out a loan for that amount.  She already has a mortgage.  She decided to try and leave Pathway C to move to Pathway B where she may have more control over design costs and choices.  She’s hoping this will be a more affordable path forward.  She was notified last week of the pathway switch after applying to switch in the fall.  She’s starting this leg of her journey now.