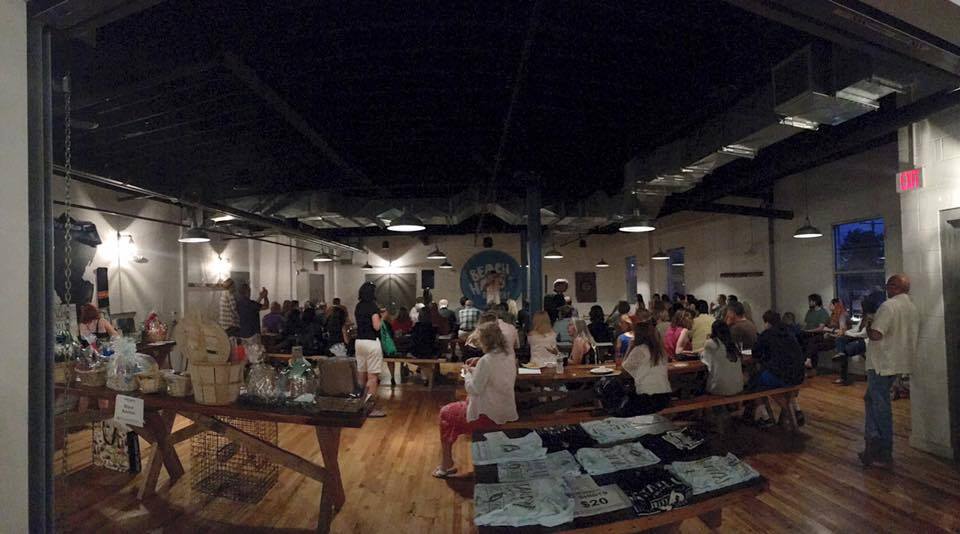 The “Laugh Instead of Cry” fundraiser will feature comedians John Poveromo, Angelo Gingerelli and Joann Filan, performing at 8 p.m. at the Beach Haus Brewery, 801 Main St.

Proceeds benefit the New Jersey Organizing Project, a local Sandy advocacy group. Tickets are $25 in advance and $30 at the door, and include two drinks from the Beach Haus. Food will be available from 10th Avenue Burrito.

You can purchase tickets at https://actionnetwork.org/ticketed_events/comedy-night-fundraiser-2.

Born in Brooklyn but raised in New Jersey, Poveromo has a personal connection to Sandy: his parents lost their Toms River home in the storm.

He said working with New Jersey Organizing Project is a way for him to help Sandy victims who are still struggling, nearly five years after the storm. The organizing project was one of several advocacy groups that was instrumental in getting legislation passed to protect Sandy families from foreclosure.

“The stress and heartache I saw my parents endure after Sandy hit is not something I’d wish on anyone,” Poveromo said.

“Losing your home is a heavy weight to bear and one they still deal with today both financially and emotionally.”

The goal of the fundraiser is to raise $8,780, the same amount the organizing project received last year from Belmar storm victim Krista Sperber.

Belmar residents Mike Irwin, Krista Sperber and her two children, Jack and Maisie, were helped to get home after superstorm Sandy by a borough-wide fundraising effort.

The Sperber family, along with the family of Teresa Keefe were part of Belmar’s “Home by Summer” campaign, which raised more than $200,000 to get the two families home. Watch the video above of Belmar Mayor Matt Doherty talking about the campaign.

Before receiving support from the Belmar campaign, Sperber had started a GoFundMe effort as her family struggled to stay afloat while paying rent, storage fees, and a mortgage on a house that could not be lived in.

After receiving help from “Home by Summer” and finally settling with her flood insurance, Krista Sperber asked those who had contributed to the GoFundMe campaign if they wanted their donations returned, or if she should donate it to help other Sandy families.